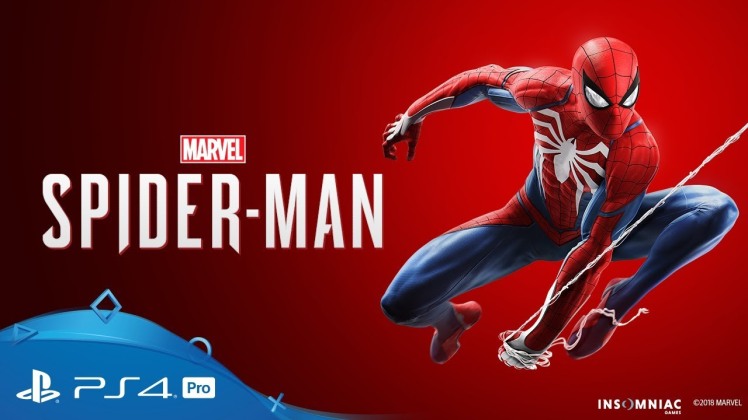 This game was everything I could have hoped for and more but in some ways that I did not expect. In some cases its flaws as a ‘Next Gen’ Spiderman are what make it so much fun for me.

First things first is the gameplay. It feels Spectacular (pun intended) to be Spiderman in this world. The team at Insomniac have repeatedly said they spent the whole development time tweaking aspects of the swinging system to make it just right, all the way up until release. That’s dedication to the core mechanic that needed to feel right if the game was to be anything good at all. The first skill points I spent were on the additions to the world traversal. Spiderman has been doing this for 8 years at this point, so it made sense to have these upgrades straight away and very soon once you get the hang of them you feel like a true seasoned Web Head.

The combat feels fast and fluid and as you progress and get used to using different gadgets on the fly it feels amazing. I’ve seen many people compare it to the Arkham combat but as Spiderman. This is sort of true and sort of false, yes in the same vain as Arkham as you learn to use the different abilities quickly and as build your combo’s you feel more and more like the titular superhero you are playing as. But for me that’s where the comparison sort of ends. For one there is no ‘counter’ button, instead replaced by a ‘dodge’ button meaning you still need to react quickly afterwards to gain an advantage. This feels true to Spiderman as the dodge is his Spider Sense kicking in, while Batman felt right to have counters and use his opponents attacks instantly against them. Further to this the combat is so much better when moving around and being in the air, this opens up whole new ways to fight and again feels more Spiderman like, while Batman felt suited to being on the ground, planted and braced for a fight.

My only gripe with the movement in this game is the slow down time mechanic. I love doing it to take a picture while swinging through the city past the wonderful landmarks, it feels very Spiderman, with his quick reflexes to be able to slow down the time to take that photo. However when you use the slow down time feature attached to aiming your web shooters at the same time as swinging, let’s say so you can quickly observe a crime below you and formulate a tactic, all your momentum is lost. Numerous times I would swing over a hostage situation, slow down time to look beneath me and see you I could web zip down onto first, only to have my Spiderman stop in mid-air and fall right in front of the enemies. It was a minor gripe but one that seems like an oversight, a misplaced mistake while everyone was working so hard to perfect all the other movements in the game.

Now to the story. It’s a classic Spiderman story with some fun new dynamics introduced but overall it is a Spiderman story. Don’t go in expecting drastic changes in the Spiderman mythos but you can expect a strong narrative with interesting believable characters. The story progresses alongside the time of day (you can change this yourself once the story is finished) and that helps it feel tied to a few days in Peter Parkers life. The story even works in moments of no objective and encourages you to explore and take part in optional events such as gang hideout takedowns and stopping crime in New York (crimes which escalate in scope as the game progresses). It’s hard to say more on the story without talking spoilers so I won’t say much more for fear of just writing words for the sake of it but I will finish with saying the way Mary Jane Watson has been worked in as a playable character feels organic and well-fitting and I was very much on side with it.

The truth of the matter is that this can sometimes feel like a last gen game in terms of the things to do outside of the story. But I liked that, with all the huge AAA games out these days with collectibles I will never complete and so many side quests that I honestly will never complete them all in the same way I once upon a time would wring every side quest out of a game, I appreciated a game that allowed me to enjoy its activities but not overstay its welcome with too many activities. Once I had completed the stories and set about finishing the side quests and activities I did find it starting to get a bit repetitive without the narrative thread keeping me going however there was just enough of these that the fatigue only started right at the end. I had fun all the way to the end without any part of the game feeling like ‘trophy hunting’ just for that gratifying pop up. Once I had got the 100% trophy I was happy to set the game aside for a while and appreciate how fun it was.

A new game plus is coming and therefore I will wait for that before replaying the story and that’s another positive reason I can sit here now happy to have set it aside until the chance to jump back in, and boy I can’t wait to jump back in.

I loved this game and I really do like how it seems to appreciate what makes games fun for those people that don’t have 60 hours a week to play, it’s not hours and hours and hours of challenges or endless collectible hunting, it’s not being disappointed in not getting a platinum trophy as the last few trophies are locked behind multiplayer on mostly a single player game. Its making sure that everything you do feels fun and leaves you with a smile on your face.

I loved God of War earlier this year for the sheer wonderfulness of its story but i stopped after the story despite loving that game as I just knew I didn’t have the time to search out that games deepest secrets and collectibles that wouldn’t make much difference to me now. I think I love Spiderman more. The story is solid, Peter is relatable as Peter Parker but comes with a breath of fresh air that he is confident as Spiderman and you can tell how much he loves to be Spiderman and Peter Parker. The mechanics are great and nail the feeling of being a friendly neighbourhood hero and the activities feel true to what Spiderman would be doing but don’t overstay there welcome.

No part of the game feels like there for the sake of it, each part feels lovingly crafted by Insomniac. The backpacks with little sentimental items from Peters previous years as Spiderman, the side story with black cat (set to be expanded in the upcoming DLC), small to big crimes organically happening around you as you traverse the world, the unlockable suits that I cant wait to use in new game plus (OCD prevented me from using them too much during the story).

Just writing about this game has me excited to revisit the game and when that new game plus drops I cannot wait to be Spiderman again.

What did you think of Spiderman on PS4? Let me know on Twitter, Facebook , e-mail or in the comments below.