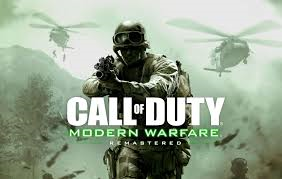 It feels like just yesterday I was dropping onto that cargo ship or sneaking through the ghost town of Pripyat for the first time, and now 9 years later I am doing those same things once more.

The first thing to say about the Remastered Edition of COD MW is that it only comes with the Deluxe edition of Call of Duty Infinite Warfare, at first I thought this was a little unfair but after playing through the game I can now completely understand why we are being asked to pay a little more money for the extra product (Which is still stated as not getting a stand alone release).

COD MW Remastered is not remastered as such, more rebuilt. The Game looks as if it was brand new today, this is far more than a simple textures upgrade and as such the price tag attached makes sense. You can tell the care, excitement and nostalgia the development team have for the game that really put Call of Duty on the map and turned it into the juggernaut franchise it is today.

The Weapon Noises (they can come through your controller but I had them on my TV) are superbly mechanical and as such realistic. The dialogue is as clear as I remember it being 9 years ago and while yes the actual lines used are now a bit dated, it does not detract from what you are doing. If anything it brings back memories. This is by far not a game designed for a brand new player (although it would work for that) but a game rebuilt for those that helped launch the series skyward nine years ago. It feels like a thank you to the fans.

The gameplay is the same as any Call of Duty game but that is not a bad thing, this is a series that has stuck to its formula because it works, its what the gamers who by each instalment want and love. In many ways I found the gameplay in MW remastered refreshing as it took away things like ‘telekentic powers’ or deployable drones and left me with only what the player character has on them. It reminded me of why the orginal MW was so great, it was as close to playing soldier as many people will ever get and in the safest possible way. Yet you feel like an elite with only your equipment (and yes its good equipment) to help you overcome the obstacles and complete your mission.

The trophies to earn are very similar if not the same as many from the original MW and this leads to memories of achievement hunting I have enjoyed recreating now and keeps me going back to try and get those last few.

The Story is still apt, while no longer being involved in wars in Afganistant and Iraq, but in terms of terrorists masquerading as country movements (ISIS) it feels like there is still a poignant message with its tale.

The Multiplayer does not go live until the games ‘official’ release next month so I cant comment on that unfortunately.

This is a superb trip down memory lane exactly as you would imagine it to look (which it really did not, go back and look at videos) with all the familiar Call of Duty tropes that made people love the series in the first place. The upgrades to the visuals really are a treat and the familiar achievement keep you returning to get as many as you can for a matter of pride.  Yes the story is familiar now but it still feels fun and the lines of vocabulary that seem old now still keep me smiling as I hear them said in the same way they once first were.